Do you want maximum protection from your future wooden house? 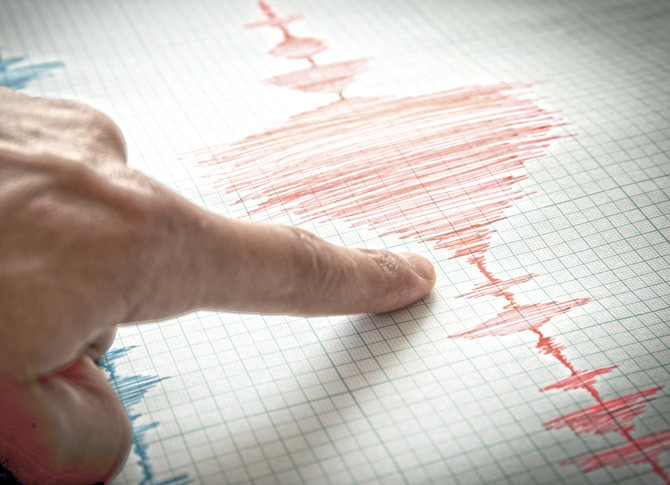 A Wolf Haus
it is anti-seismic and anti-damage!

It took 15 months of preliminary studies to certify our construction system. We have done an extreme final verification on the largest "vibrating table" in Europe at the Eucentre of Pavia. The test was done on our 4-storey wooden building complete with finishes (fixtures, plasters, floors, furniture, etc.) and it resisted unscathed 7 shocks of increasing intensity, up to exceeding, with a maximum peak of 1.48g, one of the most devastating earthquakes: the one in Kobe, Japan (0.82g) in 1995. 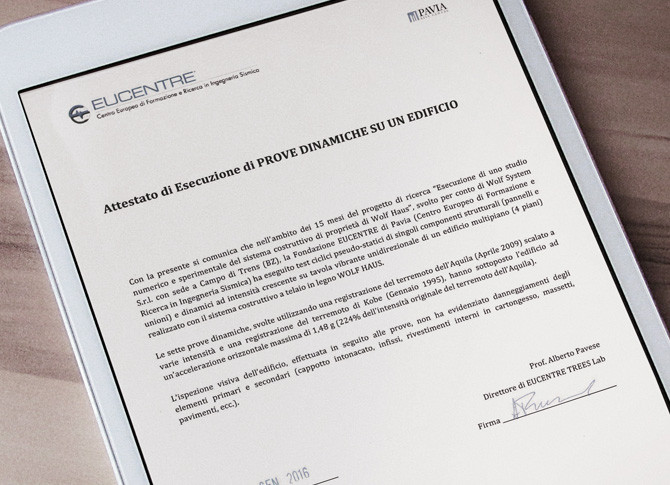 It must have been terrible that day when Andrea and Valeria di Cavezzo, in the province of Modena, in the heart of the 2012 earthquake in Emilia, looked out the windows and saw only ruins and rubble around them.
The young couple lived for less than a year in a Wolf Haus home, unaware that they had chosen a destiny made of peace and safety in addition to the house of their dreams.
Not only did the house protect them, but it didn't even suffer any damage.

In Pavia, we have successfully passed a test on a complete building with four floors and twelve meters in height, on the largest seismic simulation platform in Europe.

The house, perfectly plastered and equipped with doors, windows, stairways, wooden floors and complete furnishings, has resisted seven seismic shocks which, should they occur, would reduce the entire peninsula to rubble. All the tremors overcame the L'Aquila earthquake which, three years ago, razed much of the Abruzzo capital to the ground.

In the test, intensity, duration and acceleration were well above the earthquakes in Kobe, Japan and Haiti. No building in the world had ever managed to overcome such an impressive series of stresses unscathed.

In Cavezzo, a Wolf Haus home unharmed between the destruction of the earthquake

Inside every house we build, our engineers, technicians and skilled workers pour all the commitment and professionalism of over 50 years of know-how.

Because for us home means protection of what is most important to us: our affections, our family. 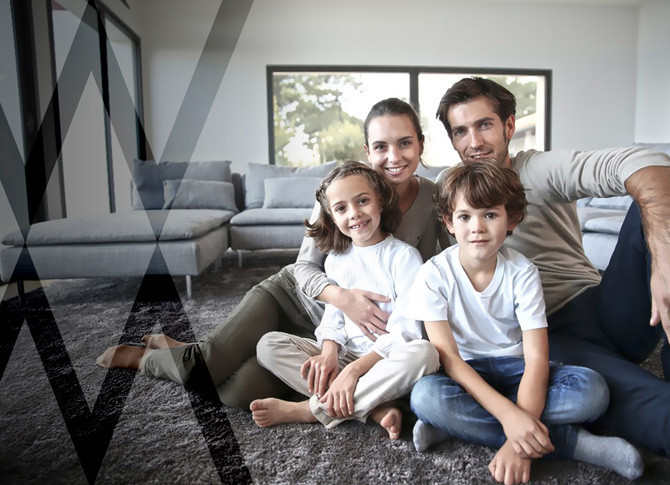 A Wolf Haus protects your family!

Wolf Haus technicians have been engaged for years in implementing continuous improvements to our construction systems to ensure a high standard of fire protection, as the tests successfully passed demonstrate!

Why is wood so special?

I dream of a wooden house

We make our own choices, and those decisions can enhance our lives.